What’s the Salary for Teaching English in Thailand? [2022 GUIDE]

Depending on the variety of Thai school, an ESL teacher in Thailand can earn a monthly salary of $1,000-$4,000/month – although the majority of jobs fall closer to the $1,000 mark on the spectrum. Public schools pay the least and international schools pay the most.

Are you looking to teach somewhere exotic and utterly unique? With an ancient, unbroken culture spanning millennia as the only Southeast Asian country to have escaped colonization by a European power, a culinary tradition all its own, and a treasure trove of enchanting natural features from top to bottom – Thailand might be your dream ESL destination.

You won’t make a fortune teaching English in Thailand, and its regional rivals tend to pay more for ESL work, but, if a rich and rewarding experience is the real reason for your adventures, the relatively lower salary shouldn’t be a dealbreaker.

What Kind of Teaching Jobs Are Available in Thailand?

Here’s a rundown of the types of teaching jobs available in Thailand and how much income you can expect to pull from each variety.

Jobs in Thailand’s public-school sector are hands-down the most plentiful, the easiest to qualify for, and the most geographically diverse.

While Thailand’s ritzy international schools and corporate training centers are concentrated in the heavily trafficked cities of Chiang Mai in the mountainous north, Phuket in the exotic beach-laden south, and Bangkok in the center, public schools are everywhere.

For example, if you want to get off the beaten path and see the “real Thailand” (it’s all real, but you get the point), look to the impoverished rice-growing region of Isaan in the east that borders Laos and Cambodia. A huge percentage of the Thais in this region, due to limited resources, live in more or less the same way that they have for centuries – most still plow their fields with buffalo. Public schools here are often desperate to attract foreign English teachers to their classrooms.

Ditto for the central plains, the southern border region with Malaysia, and the remote stretches to the west near Myanmar – if you want to “get out there and explore,” chances are high that you can find employment at a public school in your target destination.

The only significant downside to teaching in public schools, of course is the pay. No teacher ever got rich working in Thai public schools.

As the largest commercial port in Southeast Asia, Bangkok is home to numerous large and medium-sized firms that do business throughout the ASEAN region. As a result, they have a high demand for ESL teachers to boost their staffs’ English proficiency, the global “language of business.”

These jobs pay higher than average for ESL instruction, but the greater pay does come with a more demanding work environment (read more on how to get a job teaching business English here).

The so-called Central Business District in Bangkok, home to the power elite, is packed with “international schools” – a designation assigned to schools that use a foreign curriculum (usually British or American), a mostly foreign teaching staff, and all-English instruction.

In Thailand, the enormous relative cost of tuition compared to the average income of a working family places international schools out of reach for the vast majority of Thais – which is why you will only find international schools in urban areas with a large population of upper-class residents and foreign working professionals.

If you spend enough time browsing job ads for Thailand, you are sure at some point to come across an announcement for an opening at a so-called “demonstration school” – and, if you are American like me, you will probably be utterly confused. What are they demonstrating?

Many Thai educational institutions, such as universities, open up “demonstration schools” where, theoretically, up-and-coming teaching professionals get a chance to hone their skills on a captive audience. They are a step down from international schools – which have more burdensome requirements for accreditation – but are still marketed to a higher echelon of income earners.

Because these schools use bilingual curricula, they tend to have a high demand for foreign ESL teachers.

Similarly, finding work at trade schools and other secondary educational institutions is possible with minimal credentials.

Thailand’s economic and social elite – the “hi-so” or “high society” demographic as they are called locally – enjoy personal service. They pay a premium for it.

The president of a private university where I previously worked, for example, hired a 25-year-old American named Megan as her “private tutor.”

What her role essentially meant in practice was that Megan rode around campus in the president’s Bentley (chauffeured), attending all of her important meetings with other hi-so power brokers and wining and dining at the finest Bangkok establishments.

These jobs, by their nature, are harder to come by and generally require a personal social network within Thailand to find.

Keep in mind that tutoring in addition to your current job in Thailand is technically illegal. It is only legal to be a full-time tutor assuming your working visa has been provided by the family or the organization that helps organize your tutoring schedule.

What’s the Cost of Living in Thailand?

Don’t assess your Thai teaching salary by making a raw comparison to a typical salary in the US, Europe, or Australia; the low cost of living in Thailand increases your spending power significantly enough to overcome the pay cut that you might take coming from home.

Average expenses in Thailand, per month, in USD:

Your living expenses are going to be the lowest outside of the major cities. I worked and lived in rural rice-growing Ranot, Songkhla where my rent with a local family was – no kidding — $30/month. I also rented a motorbike from them for an additional $30/month.

Obviously, this is the exception to the rule, but the takeaway should be that you are going to pay much, much less for comparable services and goods in Thailand than you would in your hometown.

Is Saving Money Easy While Teaching in Thailand?

Given the relatively low salary of ESL work in Thailand (roughly equivalent in Thai public schools to the take-home pay from full-time minimum-wage work in the US), you might be wondering if you’ll go broke during your stay.

The answer, of course, depends on several factors:

Even at the bottom rung of the ESL Thai pay scale ($1,000/month), even in the most expensive locales, limiting your monthly expenses to save hundreds of dollars is possible.

How Does the Teaching Salary in Thailand Compare to Other Regions and Countries?

To be clear: if making money is your ultimate priority (over experience), then Thailand is probably not the destination you should be considering.

What Other Benefits Can You Expect From a Teaching Job in Thailand?

Never underestimate the value of perks that you can negotiate for yourself in your contract – you are going to save money if you don’t have to provide for basic, everyday expenses.

The common benefits, in addition to the salary, for many ESL positions in Thailand are:

Typically, rival ESL destinations in the region like South Korea and China offer greater benefits in a bid to attract higher-quality instructors.

Landing an ESL job in Thailand is easy like Sunday morning. The Thai job market is tilted heavily in favor of the teacher; there are far more jobs available in Thailand (especially in the provinces outside of the major cities) than there are available teachers to fill them.

Related: How Long Does it Take to Get a TEFL?

If you have a bachelor’s degree and/or a TEFL certificate and are a native speaker, you are virtually guaranteed to find a job. Even if you don’t have those standard qualifications, getting ESL work is possible.

I once worked in an out-of-the-way mid-size city in the rubber-growing region of the South with a Latvian ex-radio DJ – a non-native speaker (he had an enormous accent) with a TEFL certificate and a degree from his home country in mechanical engineering.

Keep in mind that not all countries allow non-natives to teach English (though Thailand is not on this list). Always double-check the laws of the country you’d like to teach in before seeking employment.

Use these resources to look for ESL work in Thailand:

The Bottom Line on Teaching Salaries in Thailand

Literally and truthfully, the best people I’ve ever known I met in Thailand. Chalk it up to the Buddhist influence, the tropical climate, or the stunning greenery. No financial reward could compensate for the experiences I accumulated in the Land of Smiles.

Despite the lower salary ($1,000-$1,500/month on average) that a foreign ESL teacher can expect to earn teaching English in Thailand compared to nearby alternatives like Korea or China, I wouldn’t have picked anywhere else to spend 4 years teaching English. 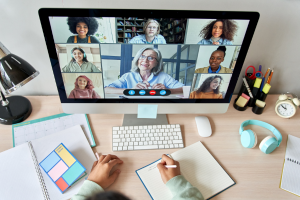 5 Places to Get Your TEFL Certification in Portland

Teach English in Poland: Requirements, Jobs, and Living in Poland